Not the Uglier Version of Anyone: Giving Fair Chances to Interdisciplinary Research

The process we use to make decisions fundamentally affect the choices we make. We might not be aware of that, because the most important elements of the decision process are often subtle. For example, we think we can judge in a blink of an eye who we find more attractive, yet, in a famous experiment, psychologist Dan Ariely revealed how this is relative. He showed some people a picture of two persons, Tom and Jerry, and asked who they wanted to date. For half of the people, he added a photoshopped picture of an uglier version of Tom and for the other half an uglier version of Jerry. He found that when the ugly Tom was around, Tom was much more popular than Jerry; but when there was an uglier version of Jerry, Jerry was much more popular than Tom.

—We are not sure about the precise mechanisms in place, but interdisciplinary proposals do not fare well in current project evaluation systems.—

Similar subtle elements often affect organizational choices as well. Consider how research funding agencies typically select the best scientific proposals. Evaluation is organized around disciplinary panels, and scientist must choose whether to send the proposal to—say—the panel of Physics or the panel of Chemistry. An interdisciplinary proposal combining both disciplines must to be sent anyway to one of the two panels and compete with either proposals in Physics or Chemistry. Would that lead to a Tom and Jerry effect? [1] Would a proposal whose goal, method and theory departs from the panel discipline’s core goals, methods and theories have similar chances? 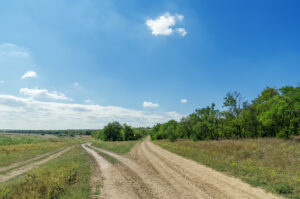 There are exceptions, however, to the use of disciplinary panels. A few years ago, the research funding framework COST (European Cooperation in Science and Technology) adopted a panel-free approach. COST is the oldest pan-European research framework, which aims to connect national scientific systems through transnational research networks. COST does not employ panels but pools proposals together. Each proposal indicates up to five research areas of focus, which are used to find reviewers through matching disciplinary expertise. We studied evaluation at COST, testing several measures of interdisciplinarity and controlling for several predictors. We found that a proposal’s degree of interdisciplinarity does not affect the evaluation score it gets. This happens with no variation across the disciplinary profile of proposals or reviewers. As a result, in the COST framework, interdisciplinary proposals have similar chances to get funded as disciplinary ones.

In sum, our study suggests that interdisciplinary is not a disadvantage when the evaluation adopts a panel-free system. Future research and experimentation may tell us whether the advantages of a panel free approach occur also for other kinds of project funding schemes, such as targeting individual researchers or a small team, or occurring at a national level.

Seeber, M., Vlegels, J., & Cattaneo, M. Conditions that do or do not disadvantage interdisciplinary research proposals in project evaluation. Journal of the Association for Information Science and Technology. https://doi.org/10.1002/asi.24617

[1] With interdisciplinary proposals unconsciously perceived as either Jerry or ugly Tom.

Cite this article in APA as: Seeber, M. (2022, February 24). Not the uglier version of anyone: giving fair chances to interdisciplinary research. Information Matters, Vol. 2, Issue 2. https://informationmatters.org/2022/02/not-the-uglier-version-of-anyone-giving-fair-chances-to-interdisciplinary-research/

Marco Seeber is associate professor of public policy and administration at the University of Agder (Norway). His research examines the policies, and of Higher Education systems and institutions, Science and Research activity.