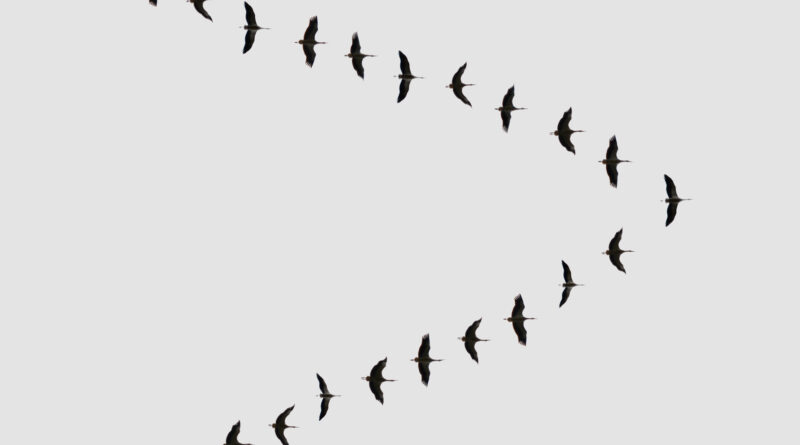 This is a shortened and adapted version of “Interdisciplinarity and Synergy in Collaborations. Blogpost Gabriele Bammer, 20 October 2020. https://i2insights.org/2020/10/20/interdisciplinarity-versus-synergy/

Problem-solving often requires crossing boundaries, such as those between disciplines. However, the measurement and evaluation of “interdisciplinarity” can be confusing because the concept itself is composite. Does interdisciplinarity lead to synergy?

Using three separate indicators with values between zero and one for each aspect, multiplication provides a summary measure, for example, as follows:

In the definition of DIV:

Thus, “interdisciplinarity” can be operationalized in bibliometrics in ways that are amenable to measurement.

When policy makers call for “interdisciplinarity,” they often mean “synergy.” The measurement of “synergy” requires a methodology very different from “interdisciplinarity.” In general, synergy is the creation of a whole that is greater than the sum of its parts: additional options that become available because of a collaboration across disciplines can be measured using information theory: the total number of options in a configuration is (by definition) equal to the sum of the realized options and the not-yet-realized but possible ones. Shannon (1948) defined the proportion of non-realized but possible options [(Hmax – Hobs) / Hmax] as redundancy (R) and the proportion of realized options as relative uncertainty. If redundancy increases, the relative uncertainty decreases.

Meanings refer to intersubjective “horizons of meaning” that are instantiated in events. Whereas the events are historical, appreciations are analytical. Knowledge-based distinctions add to the redundancy by specifying empty boxes. A calculus of redundancy which remains consistent with Shannon’s information theory can thus be envisaged (Leydesdorff et al., 2018).

The generation of redundancy is based on mutual information. By appreciating the overlaps as redundant, the focus shifts from “past performance” to the cases that have not yet happened; that is, the zeros. The envisaged calculus remains connected to and is consistent with Shannon’s information theory, but can be used to study the domain of meanings and intentionality as relevant for generating surplus in scientific and extra-scientific collaborations.

In sum, the bibliometric measures help us to refine our ability to evaluate the extent and value of interdisciplinary research. Like other performance indicators, the measurement of interdisciplinarity is used to evaluate past performance. However, in bio-medical “translation research” (from bench to the bedside) or university-industry-government relations, synergy—potential for growth—is often more important than interdisciplinarity in the past. External stakeholders structure the configuration; this structuring can be appreciated in the case of synergy.

Synergy measures options that have not yet occurred and thus shifts the orientation from the past to the future. The generation of synergy, however, may be counter-intuitive because of non-linear interactions. Systems may run out of options such as in the case of lock-ins. The assessment of options informs policy-making differently from the sum of the perspectives of different disciplines. Software for measuring the various indicators of “interdisciplinarity” and “synergy” in a data matrix is made available from http://www.leydesdorff.net/software/interdisc.2020 and http://www.leydesdorff.net/software/synergy.triads, respectively.

Loet Leydesdorff Ph.D. is Professor Emeritus at the Amsterdam School of Communications Research (ASCoR) of the University of Amsterdam in the Netherlands. He has published extensively in science and technology studies (STS), systems theory, social network analysis, scientometrics, and the sociology of innovation.

Professional Development—A Ways To Go
Highlights from the ASIS&T Annual Meeting panel, titled “Professional Development in Crisis,” that discussed empowering students and professionals in their …
Gamification in Theory and Practice Seminar—Designing an App
If video games and their game elements are attractive to the younger generation, why not offer a practical course about …
The world loses a treasure: My interactions with Brenda Dervin
Brenda Dervin, one of the foremost thinkers of our time, died in Seattle, Washington as the year ended on December …
Is Automated Content Moderation Going to Solve Our Misinformation Problems?
Will automated content moderation work? Researchers and software engineers have made great strides in building automated content moderation tools, but …