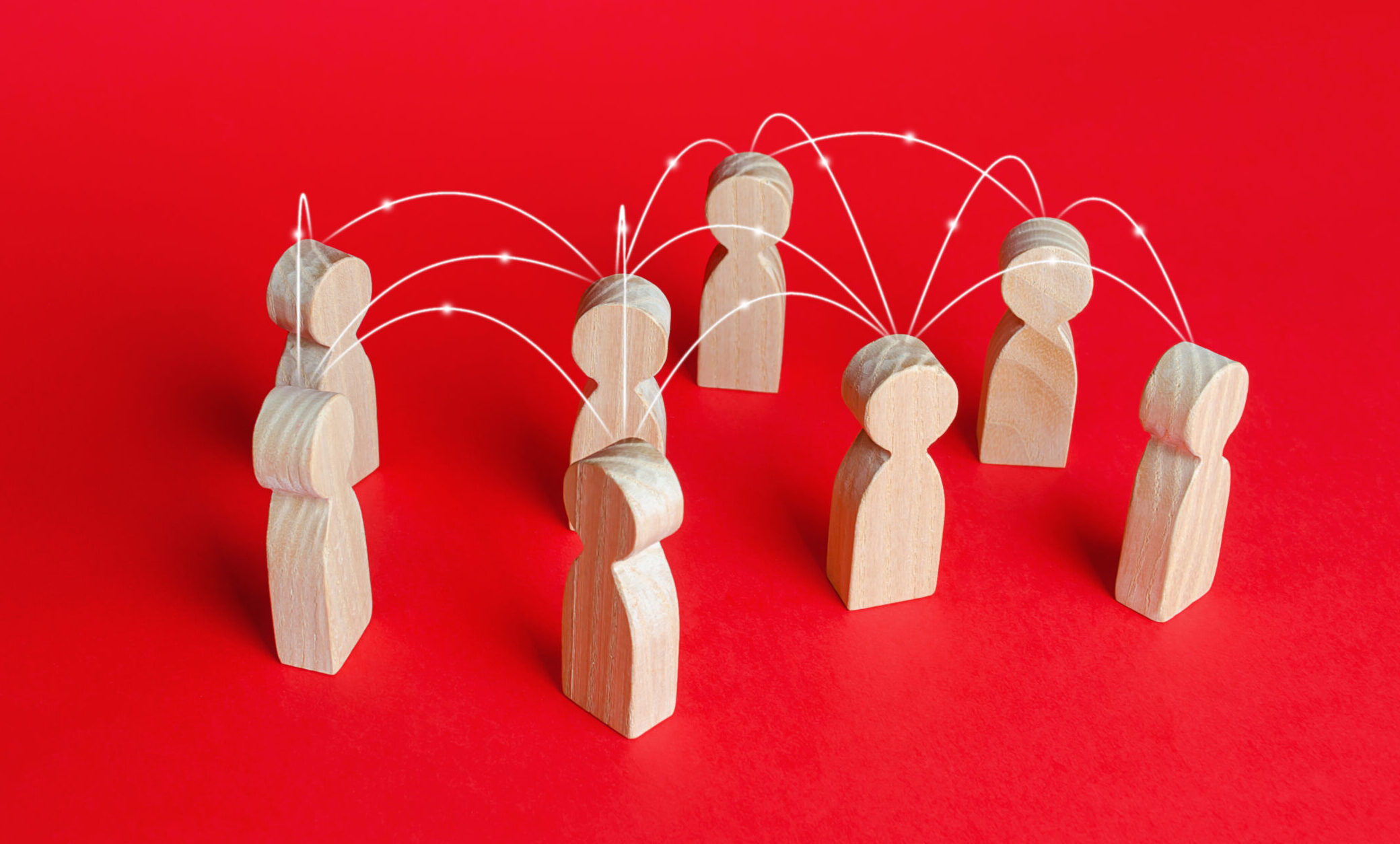 PART 1: An Introduction to Social Networks

No man is an island unto himself. John Donne, 1624

What defines who we are? Most of us might agree that it’s a combination of several things like our values, our work, our hobbies, and our styles and personalities. We would also agree that it’s other people that help define us, or rather, our relationships with other people: our family, our friends, our neighbors, our co-workers or colleagues, and even our casual acquaintances.

Our relationships with one another do, in fact, define us in large and important ways, because a productive and rich life is very difficult to attain living in complete isolation from others. Unsurprisingly, perhaps, you may have noticed an association between how many people we know and how much we can accomplish in our lives and, more to the point, how easily we can accomplish it. It’s not just the quantity, of course, because the quality of our relationships is quite impactful as well. For example, you don’t need a very high number of family ties in order to have a solidly functional set of family relationships (the same thing applies to close friends). But, by the same token, it does not hurt us to have a high number of acquaintances, especially if they have varied backgrounds. Think of how useful it would be to know people who are lawyers, or medical professionals, or law enforcement agents, or teachers, or CEOs, or plumbers, or electricians, and so on—even if you only know these people superficially.

We can see, therefore, that our relationships with other people can be of different types and have different specializations—and that they are all important in their own ways. This varied “mesh” of our relationships to one another is a big part of what defines us as social beings. The famous sociologist Georg Simmel claimed that society itself is nothing more than a web of relations. We’ll call these our social networks.

One way we can describe our social interactions and the connections people have with one another is through a social structure made up of “actors” and the “ties” they have to one another. So “Actor A” might be tied to “Actor B” and “Actor C” (i.e., they know each other) and “Actor B” might further be tied to “Actor D.” What I’ve just described here is a network of people and their relationships to one another—that is, a social network (albeit a very simple one for illustration purposes). It might even be easier to visualize this in a diagram like the one in Figure 1, using circles for the “actors”—these are also sometimes called “nodes”or“vertices”—and connecting lines for the “ties” or “relationships”—these are also sometimes referred to as “edges.” This is a common way to illustrate a social network and is often called a “graph.”

This modeling of our relationships into a graph is a very useful set-up to do further quantitative (i.e. numerical) analysis by borrowing heavily from several methods from an established field of mathematics called Graph Theory. When Social Scientists utilize these methods, they tailor them to their research needs and thus is born Social Network Analysis (or SNA for short).

Viewing social interactions through social networks gives scholars a set of methods to analyze both a social network structure and the patterns of interactions observed in it. This in turn can reveal a lot of rich details about many things of interest to researchers regarding human behavior, such as communication patterns, how people seek information, or who is influential or strategically tied-into others. This analysis approach is also useful in comparing different networks to one another, for example, in an effort to ascertain which network structure might be more favorable to the spread of rumors (or, indeed, of viruses!), or which network might be better suited to work in a sales department in a large company, and so on.

SNA is popularly used today to analyze any manner of social networks and has found a foothold in several research areas such as Communication, Political Science, Business and Organizational Management, Sociology, Education, and Information Science. SNA is a great way to test out various theories of human behavior by revealing how people actually behave, based on how they are actually tied to one another. There is something that rings true about the claim that “the science of networks is the science of the real world.”

Stanley Milgram (1933 – 1984) was a famous American social psychologist, known for several different ground-breaking (and sometime controversial) experiments on obedience, the degree of connectedness between people, and how humans interact with artificial agents (we now call them A.I.), amongst others.

Milgram influenced social-network research profoundly with his “Small World Problem” experiment in the late 1960s. In order to solve this small-world problem, he asked what the probability was of any two people in the world knowing each other. While at Harvard, Milgram conducted two experiments to see if he could answer that question. These consisted of sending letters to random people in Nebraska and Kansas and asking them to forward the letters to target recipients in Massachusetts either directly (if they knew them) or through an intermediary that they believed was more likely to know the target. Milgram was able to trace the routes that the correspondence took and realized that the median length of the routes was between 5 and 6 links (the shortest was 3; the longest was 10). Thus was born Milgram’s famous “six degrees of separation” concept, which held that any person in the world was only six connections away (on average) from anyone else. Milgram also showed that there was a convergence of these links to the target through common channels—in other words, there were a few select people who acted like “funnels” for many of the letters finding their way to the target. These people were actors on the network occupied by people who seemingly knew a disproportionate amount of other people—that is, they were “super-connectors.”

While there are several limitations to his study, Milgram’s small-world experiment was enormously influential—his original paper has been cited by a whopping 9,865 other scientific articles as of this writing. The study opened the doors for a large amount of research in the area of social networks that goes on today, even though it has some strong limitations (but initial studies like this one often do).

The Main Components of a Social Network

There are 2 main components to any network structure: the actor (or node/vertex) and the relationship (or tie/edge). Social network analysis is therefore grounded on the notion of the importance of relationships among interacting social actors. Researchers utilizing this SNA approach are generally not interested in what the actor might do; only that the actor is part of a social structure. Moreover, a social network is often studied as a snapshot (or series of snapshots) of the structure of relations in one particular point in time. These are both limitations of what can be accomplished with SNA. A common criticism is that not enough attention is paid to network dynamics and actor agency is completely neglected.

Actors are social entities and they don’t have to just represent individual people. We can also create social networks with actors that are social groups, organizations, social items (like social documents such as communications or films). Their distinguishing characteristics (or attributes) can be any number of qualifications such as age, gender, or being a widget manufacturer, etc. When a network describes actors that have some n number of attributes, it is called an “n mode network.” The most common (and simplest) type of network studied, for example, is a one-mode network where actors have a single attribute of research interest.

Relationships in social networks can further be analyzed according to their “tie strength.” The strength of a tie between any 2 social actors in a social network can be described as a measure of the availability of the amount of time, the emotional intensity, the mutual confiding, and the reciprocal services between the two connected actors. We can simplify those to 2 types of tie-strength: strong ties and weak ties.

Usually we ascribe “strong ties” to relations between people of a core network: like members of a family, or close friends. Strongly tied people exhibit higher levels of intimacy with each other: more emotional exchanges happen, as does more self-disclosure, and generally, more frequent interactions with and higher reciprocities (this last term means “if you do this for me, I’ll do it for you too”). Ties and their strength attributes can, of course, vary over time, exhibiting growth as people get to know each other better, or decline as relationships end or break down.

It is easy therefore to intuitively understand what “weak ties” are: those between mere acquaintances, for instance. However, weak ties have their strengths too, just like strong ties have their weaknesses! For example, strongly tied people provide each other with information that’s already circulating in their tightly knit networks very quickly, so whatever your best friend knows, you’ll probably know it too. However, if you wanted new information, you would absolutely have to go outside your strong-tie network. The “strength of weak ties,” then, is that they provide connections to others outside the strong-tie network along with their new resources (like new information). These weak ties are essential, for example, to help someone generate creative ideas, find a job, or get information on the company’s competition. Weak ties also require less time, less energy, and fewer overall costs to maintain, which releases time for you to do other things. In other words, just as strong ties are important for things like moral or emotional or monetary support (think: family and close friends), weak ties are important for things (resources) that require going outside your core network like global news, or gossip, or services that your core network can’t provide. If none of your friends are electricians, what are you going to do if you get a mass of burned electrical fuses at home? Sure, you could call a random electrician to come over and help out, but how much easier would your situation be if you had met an electrician at a couple of parties that you went to, or if you had a friend who “knew everyone in town” and they knew a couple of electricians themselves?!

In the next installment, we’ll delve into how social networks can be analyzed using standard methods, that is, some actual techniques of Social Network Analysis.

Ziad Matni (he/him/his) is a member of the faculty at the University of California, Santa Barbara and researches and teaches courses in Computer Science, Communication, and Data Science. He obtained his BS/MS in Electrical Engineering (U. of Southern California) and Ph.D. in Information Science (Rutgers U.). You can reach him via email at ziad.matni (at) ucsb.edu. 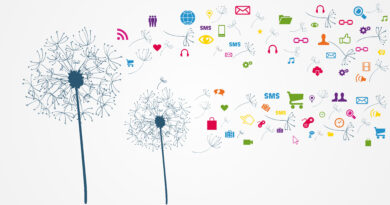 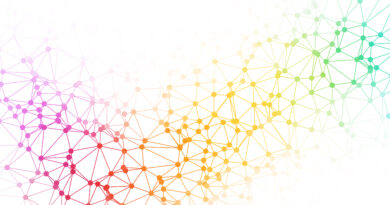 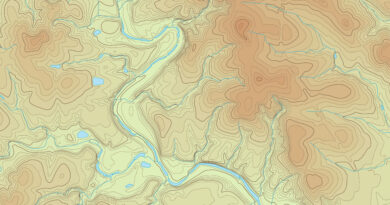