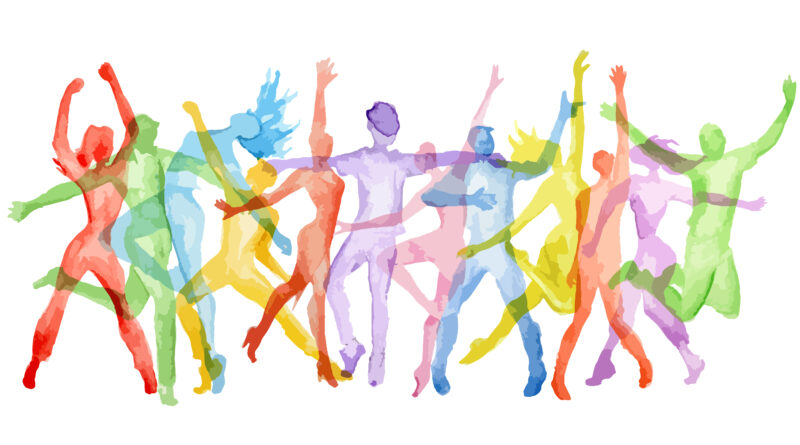 Dancing through the Digital Landscape: Friction, Control, and the Need for Information Proprioception

Dance is central to the human experience and arguably one of the great joys in life, as it combines autonomy and self-mastery with the immediacy of movement through which abstract thought and intention is literally embodied. A dancer has an acute sense of her own body, from where it is in space to its relation to itself and others. This sense is not reliant on sight, as a dancer can adopt the arabesque position without mirrors to see whether her working leg is extended behind her body in a perfectly straight line. And this same sense is not limited to dance. It is something that every individual has while interacting with the world and is what allows us to walk, toss a ball, or drive a car. It is known as kinesthesia, or proprioception.

Proprioception comes from mechanosensory neurons located within one’s muscles, joints, and tendons which work together to provide a sense of body position, movement, acceleration, and load. Not only do proprioceptors allow one to sense external forces on the body, they allow the body to sense its own actions and their effects. These biological sensors, embedded in the very tissues that control the body’s motion, are critical to enabling the physical activities in which one engages.

On an ostensibly unrelated topic, in recent years there has been a growing awareness of data-driven algorithms’ ability to influence and shape our experience of the world. Machine learning models (“ML”, often referred to as artificial intelligence) have largely taken over the mediation of our digital experiences from recommendation of music and films, to personalization of search results, to which friends’ posts are shown on social media. The primary driver of these models is subconscious and behavioral, characterized by the collection of data related to user viewing habits, clicks, dwell times, and other forms of implicit interaction. This stems from the desire on the part of the system designers to remove friction from the user experience and therefore increase the amount of time spent consuming services.

Due to overwhelming success, both from adoption and financial standpoints, this frictionless approach has grown and gone largely unchecked for over a decade and a half. Nevertheless, some of the negative consequences have begun to be better understood, from reinforcement of historical biases to the “at scale” propagation of false, misleading, and unnecessarily polarizing information that has had real-world, nation-shaping consequences.

Computer scientists, social scientists, legal experts, and others have started tackling these challenges by rallying around a set of core principles known as FATE: Fairness, Accountability, Transparency, Ethics. The algorithms that guide our digital experiences should be fair to both content consumers and content creators, remove or mitigate biases, and allow users transparency or explanation into why a prediction was made.

These goals are important and laudable and should not be eschewed. However, it should be noted that the focus of FATE is model-centric, rather than user-centric. That is, even if the model makes itself more transparent or explainable to the user, the model’s objectives (what inputs it does or does not utilize, when and how it utilizes them, and how it measures its own success) are still set by the system designer, not by the user. Providing a frictionless experience is deemed more important than user control. However, what if friction were the key element of system design needed to make FATE goals possible? Not too much friction, but enough to give the person using an AI model the ability to exercise their own cognitive proprioceptors and thereby develop the skills necessary to exercise control over the experience, if not over the model itself. 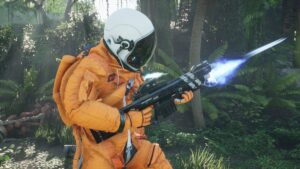 In the short story “The Gun Without a Bang,” first published in June of 1958 in the magazine Galaxy Science Fiction (and reprinted in a mid-1980s issue of Analog magazine where it was first read by this author), Robert Sheckley recounts the tale of the protagonist, Dixon, as he wanders through the jungle on an alien planet while being attacked by hordes of alien dogs. Dixon’s protection is a device known simply as The Weapon. It delivers a ray in the shape of a conic section, fanning out a hundred feet long and disintegrating everything in its path. After firing The Weapon “nothing remained. Trees, insects, plants, shrubs, wild dogs, butterflies, all were gone. Overhanging boughs caught in the blast area looked as though they had been sheared by a giant razor.”  Sheckley writes:

Another dog charged and Dixon disintegrated it, frowning slightly. These beasts couldn’t be considered stupid. Why didn’t they learn the obvious lesson—that it was impossible to come against him and his Weapon? Creatures all over the Galaxy had quickly learned to be wary of an armed man. Why not these?  Without warning, three dogs leaped from different directions. Dixon clicked to automatic and mowed them down like a man swinging a scythe. Dust whirled and sparkled, filling the vacuum.  He listened intently. The forest seemed filled with low coughing sounds. Other packs were coming to join in the kill.

Why didn’t they learn?

It suddenly burst upon him. They didn’t learn, he thought, because the lesson was too subtle! The Weapon—disintegrating silently, quickly, cleanly. Most of the dogs he hit simply vanished. There were no yelps of agony, no roars or howls or screams.  And above all, there was no loud boom to startle them, no smell of cordite, no click of a new shell levered in.

In other words, there was no friction. Without friction there is no proprioception. And without proprioception there can be no meaningful control. The attacking aliens could not learn to adjust their own behavior because their experience with The Weapon lacked friction.

At the risk of making a somewhat macabre comparison, The Weapon is analogous to AI models and the aliens the users of these models. No matter how fair, accountable, or even transparent a model is, if friction is lacking, then so too are proprioception and the ability for a user to form the internal understanding that leads to meaningful control.

What might remedy this situation?  We are finally back to where we started: Dance. Not physical dance, now, but cognitive dance.

One simple idea is to build systems that allow friction-laden “movement” in the form of interactive play. Imagine a music recommender system where the user is given a toggle switch attached to every song rather than a traditional “like” button. With the toggle up, the algorithm instantaneously generates a set of recommended songs using the current song as a positive example. With the toggle down, the algorithm just as instantaneously generates a slightly different set of recommended songs by using the current song as a negative example.

By flicking this switch on and off in quick succession, different recommended songs instantaneously appear and disappear, and the user immediately sees what effect that song has on the recommendation. By adding a toggle switch to multiple songs (e.g., a toggle switch on an entire artist, genre, time period, or any arbitrary, user-defined subset), the user can exercise her cognitive proprioceptors by “dancing” through the recommendation model, seeing what effect the toggles have on the songs that appear and disappear.

The focus thereby shifts from transparency, which is a machine-centric view on why songs are recommended, to proprioception, which is a user-centric view that connects actions to consequences. To know why something happens may not be as important as having a proprioceptive handle on what will happen, similar to how a dancer does not have to understand how her body works in order to know that it works, i.e., what her limbs are doing so that she can adjust in real time and become a better dancer.

And as Sheckley warned in 1958, the lesson cannot be subtle. The greater the dissociation between action and consequence the less opportunity there is for learning. Physical proprioceptors are embedded within the very same muscles that a dancer uses to control her body. Cognitive proprioceptors need to be similarly embedded in the information systems we deploy. Only then will we be able to dance through the continuously emerging information landscape.