Numerous observations and calculations have highlighted a harsh reality: as incredibly useful and important as the models are, they are imperfect tools, sensitive to the data used and the assumptions on which they are based. Due to this sensitivity, their intended purposes and uses are often misunderstood, which is why, perhaps, one should not overestimate the simplicity of formulas and physical laws as an indicator of their admissibility in physics. Indeed, at present, no criterion for the correlation of the simplicity of the representation of a physical phenomenon with the “true” content of the laws used has been identified.

—Numerous observations and calculations have highlighted a harsh reality: as incredibly useful and important as the models are, they are imperfect tools, sensitive to the data used and the assumptions on which they are based.—

All physical laws are a consequence of empirical observations and are correct with the accuracy that is achieved in the experiment. Therefore, no law is absolute. However, the legality and applicability of the previously agreed frameworks of Archimedes’ Law, Ohm’s Law, and Stefan-Boltzmann’s Law are indisputable. Einstein’s formula and Heisenberg’s inequality are considered the greatest achievements of the 20th century. Of course, these laws often reflect a degree of luck on behalf of the researchers involved. These laws embody the idea of ​​simplicity and depth of scientific thought.

Intuitively or simply from practical wisdom, one might assume that increasing the complexity of the model (more variables considered) increases its accuracy. However, an increase in the value of the total uncertainty of the studied objective function actually reduces the accuracy. Therefore, the supposed important role of simplicity both in assessing the admissibility of a particular formula or law, and the theoretical justification for choosing the most preferable theory (model) of the process under study, raises the question of the possibility of the existence of an optimal number of variables considered for each specific case. To verify it, there was suggested the finite information quantity (FIQ) based informational method. Its starting points are seemed very simple: the uncertainty of the perception of the object (blurring of the image) is inherent in the mind of the observer. 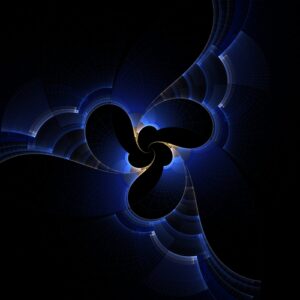 As summarized in “Construction of a model as an information channel between the physical phenomenon and observer”:

It is proved that, in addition to the limitations imposed by quantum mechanics, the limit of measurement accuracy and the limited possibilities of researchers in understanding nature are due to the “amount of information in the model,” that is, how much the observer knows about the phenomenon under study.

Considering the FIQ-based approach, one can assume that the most accurate scientific theories (the theory of relativity and quantum mechanics) can be based on subjective facts (the philosophical view of the researcher) at the most fundamental level, which raises deep epistemological questions about the fundamental nature of reality.

The presentation of the information approach provides an indication to the scientific community that the simplicity of physical laws, like Boltzmann’s law, Hubble’s law, Newton’s law, quantum mechanics, Einstein’s formula, in fact, hides the extraordinary complexity of physical phenomena, which can only be described with finite accuracy. It follows that with a small number of base quantities used in the model (this is typical for most open physical laws), the FIQ-based method acts as a criterion for evaluating which model is best suited to a particular physical system under study.

The FIQ-based method, in its essence, can become a routine tool for quantifying the author’s influence, from the standpoint of his volitional choice of the class of phenomena and the number of variables in the model. The informational approach allows researchers to show the qualitative and quantitative range of assessments inherent in different plausible models.

In the measurement, which is always preceded by the formulation of the model by scientists with different philosophical positions, researchers can get different results that will be equally correct. Within the framework of the informational approach, this leads physicists to very interesting conclusions. Conducting an experiment with more complex classes of phenomena by observers will necessarily lead to a new, deeper understanding of the specific phenomenon under study. At the same time, the veracity of the proposed one or another picture of the world (the formulated model) can be established by choosing the most “attractive” class of phenomena for the researcher and choosing the number of considered variables close to optimal. In doing so, readers should accept the possibility of irreconcilable disagreements between various observers as to which class of phenomena is most preferable.

The study of the surrounding Nature, through modeling, should be difficult, but not too difficult. This balance between complexity and simplicity is present in all sciences, both in the micro- and in the macro world. One of the most promising areas of research is the analysis of models through the presented informational approach, because the search for the optimal structure of the model is likely to depend on the “noise” introduced by the researcher. This phenomenon manifests itself and affects any intellectual communication (the model is an information channel) everywhere.

In this article, the reader is given examples of the expediency and practical feasibility of analyzing physical laws in science and technology from the standpoint of calculating comparative (respectively, relative) uncertainties. Therefore, the presented examples make it possible to reveal the smallest deviations from the well-known rules for modeling physical processes, which can give the first signs of a new physics.

The FIQ-based method leads scientists to the following conclusions:

Cite this article in APA as: Menin, B. (2022, June 10). Buddhist neutrality of the observer when modeling a physical phenomenon is impossible. Information Matters, Vol. 2, Issue 6. https://informationmatters.org/2022/06/buddhist-neutrality-of-the-observer-when-modeling-a-physical-phenomenon-is-impossible/

BORIS M. MENIN (Member, IEEE) received an MSc degree in 1973 at Electro-Technical Communication Institute, department of Multichannel Electrical Communications and received a PhD in Mass and Heat Transfer at the Technological Institute of Refrigeration Industry, Russia, St-Petersburg in 1981. Dr. Menin was Director of the Laboratory of Ice Generators and Plate Freezers in St. Petersburg from 1977 to 1989, after which he emigrated from the Soviet Union to Israel. There he was the Chief Scientist at Crytec Ltd. (1999–2008) and managed the development, production, and marketing of pumpable ice generators and cold energy storage systems, while also modeling and manufacturing high-accuracy instrumentation for heat and mass processes. He is now an Independent Mechanical & Refrigeration Consultation Expert. In addition, he has managed Task 3.1 of the European FP6 project in the field of food cold chain and several of Israel’s (EUREKA, integrated project of EU and Chief Scientist Office of Israel’s Ministry of Industry) in the field of cold energy storage systems based on pumpable ice technology. He is an author of five books and 67 journal articles, and is a member of ASHRAE (USA) and SEEEI (Israel).